We’re eeking out the British summertime as much as we can by bringing you this suggestion for a tasty late summer supper, two quick and easy to prepare salads that are vibrant and rich in colour and make the most of peak season tomatoes and salad leaves. We served them up this week with a simple roast chicken and the result was delish. They’re a pleasure to enjoy indoors, but also very easy to pick up and transfer outside if any rays of sunshine make a much longed for appearance!

No set quantities here, just use as much or as little of the following ingredients as you like, depending on how many you are feeding:

Toss everything together with 1 part red wine vinegar to 2 parts olive oil and serve immediately.

Mixed salad leaves, topped with shavings of fennel (we used a mandolin), drizzled with lemon juice, olive oil and salt to taste.

Chicken and tuna you ask?! Yes – trust us, they do work together!

To roast the chicken we simply sliced a lemon in half, squeezing the juice into the cavity and popping both halves inside along with some herbs. We used Rosemary as we had some in the garden. We also made a herby Rosemary butter, added some salt and rubbed this under and over the skin of the chicken. Cook according to the packaging instructions. 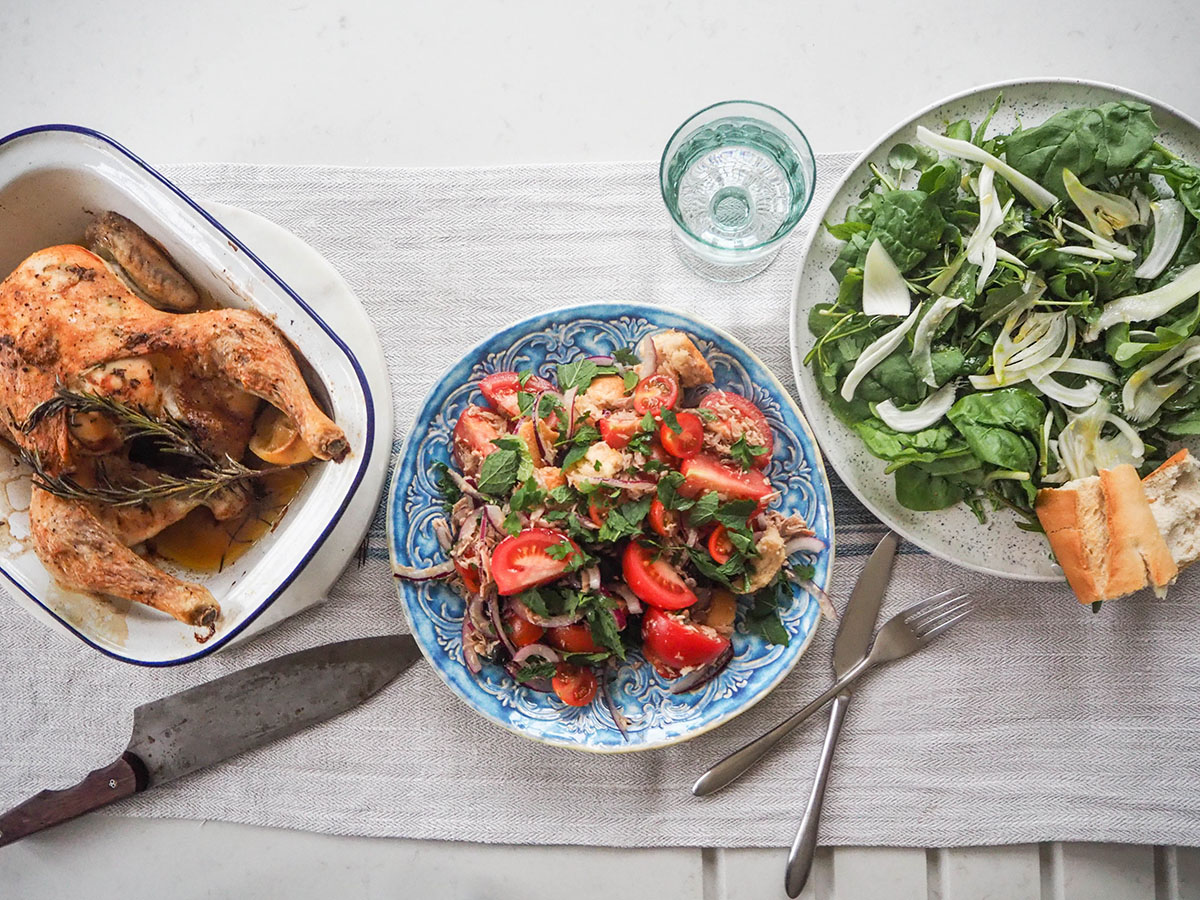