All women have a story to be told and to be heard. The world comes together on the 8th March each year to recognise this fact under International Women’s Day, providing a platform through which an expression of female experience is celebrated and actively encouraged, allowing the voices of women from all over the globe to come together and sing as one, in favour of equality and social justice. Below is a list of ten influential female writers that have shared their part in the conversation surrounding feminism through the medium of creative writing and intellectual discourse. Though there is still work to be done to bridge the gap of inequality, gaining a wider perspective from women of different cultures, races, religions and beliefs creates a greater depth of understanding of our shared experience. With stories as varied as the writers behind them, these works of literature not only move, inspire and guide our discussions, but they shape the very way that we view the world around us today, despite some of them being written well over 100 years ago. 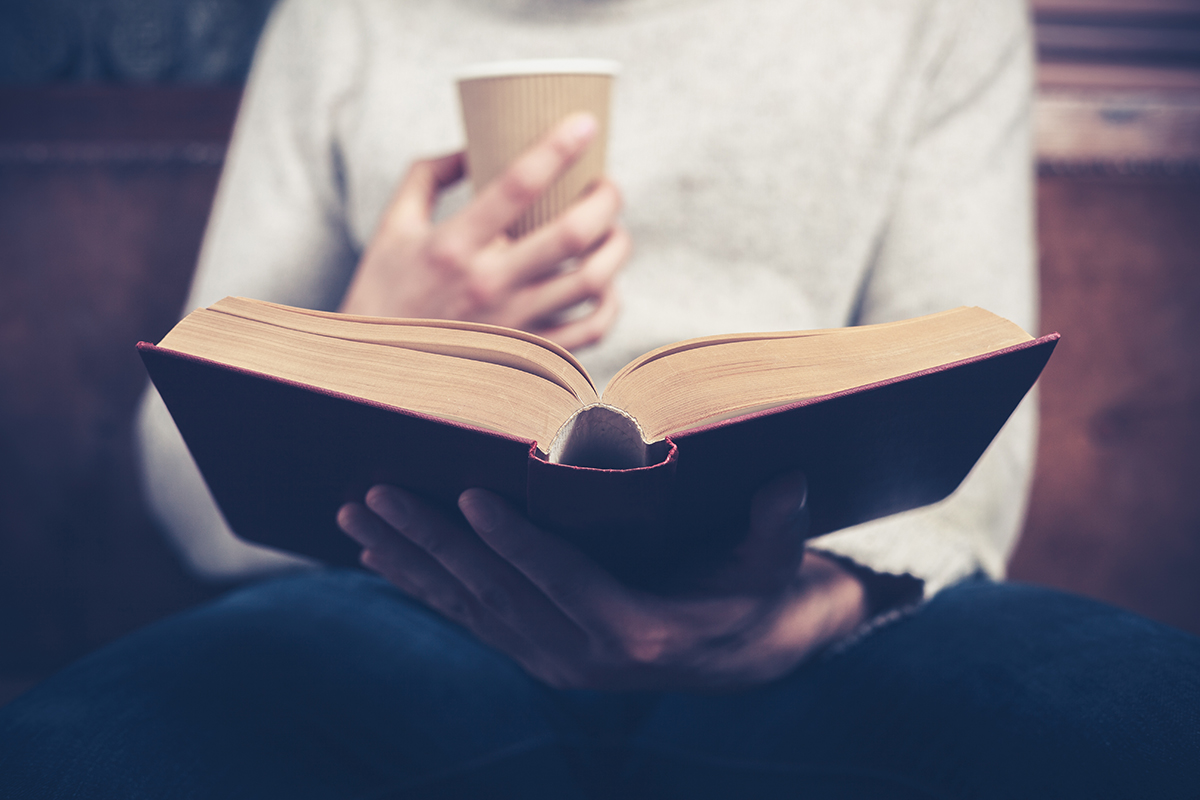 A feminist decades ahead of her time, Woolf powerfully employed her essays and novels to rail against Victorian society’s view of the distinct roles of men and women. Woolf gave voice to the widespread female experience of oppression, providing the means by which her reader can explore the social and moral questions of identity and independence. Her modernist style, which takes on characteristics such as abandonment of a linear narrative and heady use of the stream of consciousness, were groundbreaking at the time and remain intensely compelling today. Reading (and rereading) the novels To The Lighthouse, Mrs Dalloway and Orlando, in addition to Woolf’s many famous essays, such as A Room of One’s Own, it is clear to see that her interior perspective is just as valuable when debating the questions prevalent in society today as it has ever been.

Plath has been described by some critics as a ‘brutal poet’ in her efforts to display that women need not simply be viewed as sensitive, overshadowed and undignified. However, though her unwavering honesty may have unsettled some readers in that it is not often associated with a ‘female sensibility’, Plath’s awakening source of power has led her to be deemed a major influence in the confessional poetry movement. Through her writing, she employed a voice that was crucial in giving a sense of agency to those that have historically been silenced, in turn breaking down the barriers surrounding female mental health. A title not to be missed is of course The Bell Jar, but readers can delve into any one of her poems for an honest and challenging exploration of self, for example in works such as Daddy and Lady Lazarus. By opening up the discourse into women’s mental health through The Bell Jar, Plath opened the eyes of the world to the crippling effects of female oppression, the effects of which ultimately led to Plath’s tragic and untimely death.

Like many of the writers included in this list, Austen’s novels were written at a time when women were driven to fictionalising a sense of agency that was not theirs to have in the real world. There is unique power and force behind the notion of these novels being written by women, about women and for the women that were so desperate for the real truths of their experience to be uncovered and challenged. Austen’s particular strength lies in the creation of both rational and independent characters, pushing the boundaries and challenging the expectations of the society surrounding them. Her protagonists often exert a determined and unapologetic approach to free will, heightened through their position of being allowed the exploration of choice in her fictional worlds. I urge you to pick up any one of Austen’s novels and read it with this in mind – you might surprise yourself with how much you can still take from them today.

As Virginia Woolf once stated, the likes of The Brontë sisters and Austen ‘refused to bow to social convention, which was, by its nature, imposed by men.’ Spending the majority of their lives in the little village of Haworth, surrounded by the bleakly beautiful and imposing Yorkshire moors, the sisters’ isolation was no barrier to their perceptive portrayal of society at large. Writing provided an essential release for each sister in her own way, as they famously championed intellectual pursuit as young women, despite this being deemed uncouth and inappropriate in their early 19th Century world. With no shortage of fiery passions across their protagonists, this quotation taken from Charlotte’s Jane Eyre perfectly sets the mood for the female empowerment to follow: ‘I am no bird and no net ensnares me: I am a free human being with an independent will which I now exert to leave you’ (heroine Jane to the Byronic Mr Rochester).

Toni Morrison powerfully depicts a feminist portrayal of racism through her many works of fiction such as Beloved and Paradise – stories that have generated volumes of feminist appraisal and recognition since their publication. Her works are both rich and overwhelming at times, laying bare the residual effects of racism on relationships and individuals alike, with Morrison shying away from neither the beautiful nor the horrible across past and present. Morrison gives rise to the voices of her African American ancestors, laying bare stories of slavery to write back against the white, western view of feminism with a post-colonial consciousness. The Bluest Eye and Beloved are particularly poignant and revealing reads, showing not only the bravery and courage of characters such as Sethe, but equally demanding of our attention in the passiveness in Pecola, raising powerful questions regarding black women’s concept of self and identity surrounding the notion of freedom.

Described as being ‘quietly loud’, Spark did not outwardly discuss her feminist beliefs and within her work they are somewhat more discreet than previous authors mentioned here. Spark’s focus was on wanting to be seen not as a female writer, but simply as a writer. Carving out success in an industry dominated by men, one of Spark’s many strengths was ‘her breezy humour and lightness of touch [which] frequently belie the seriousness of her subject matter.’ A true expression of power and freedom, The Driver’s Seat, The Comforters and The Prime of Miss Jean Brodie are a case in point that Spark’s individualism superseded any gender pressures to conform.  She puts women centre stage – spirited, complicated and dangerous as they can be – so that they are freed from simply being likeable characters, they are women with agency and realistic, relatable qualities.

In both her fiction and poetry, Erdrich explores her Chippewa heritage in an open and engaging way. Delving deep into the complex familial and sexual relationships among midwestern Native Americans, she refuses to shy away from the complexities surrounding what it is to be male or female in a community setting. Comparing and contrasting these shared experiences with those amongst and between the white and Chippewa communities, Erdrich masterfully guides us through journeys of interconnected stories in a landscape unfamiliar to most of us. Her fascinating depictions of real life settings, intermixed with mythic ideas and their mysterious qualities in fiction, allow Love Medicine andTracks in particular to be stand out reads.

A key figure in fictions of protest, Margaret Atwood is not shy about expressing a clearly feminist message in her work. Centring much of her fiction around the mistreatment and inequality of the female experience, her heroines explore journeys of achieving self definition as a woman.The Handmaid’s Tale, The Edible Woman and Lady Oracle are three must reads amongst her titles. The Handmaid’s Tale has received a second wave of enormous recognition since its TV adaptation, which Atwood explains as speaking directly to our ‘anxiety-producing society’ of today. She states: ‘It has become an international symbol of protest… especially in situations in which women’s rights are in question, or being removed from them’, and has subsequently inspired protests around the world using the symbol of the red capes and white bonnets. The Handmaid’s Tale is undoubtedly even more potent today than it was in it’s time of publication, proving that the conversation surrounding feminism still has a long way to go.

Mary Shelley has become a feminist icon for fiercely battling for recognition for her infamous work of horror, Frankenstein. Her mother, Mary Wollstonecraft, was a pioneer of feminist thought at a time when women were considered, at best, property of their male dominants, and Shelley certainly followed in her mother’s footsteps with her beliefs. Forced to publish the book anonymously in its first edition printing, she fought hard against the widespread belief that such a work of horror must have been written by her husband (Percy Bysshe Shelley, a famous Romantic poet). Mary blazed trails for women in literature, proving that imagination knows no gender and the female voice no bounds.

An icon for the truly independent woman, Harper Lee famously broke free of antiquated gender norms to live her personal life as she wanted, away from outdated societal pressures to conform. Her most famous novel, To Kill a Mockingbird, centres around the racial issues of class, discrimination and prejudice that permeated the fabric of the South at a time when women also still faced much oppression in this constrictive, claustrophobic environment of toxicity. Her main character, Scout, does not adhere to traditionally feminine traits, being fierce and tough with strong morals and beliefs of her own. Scout is used by Lee to demonstrate how societal expectations of feminine behaviour are pushed upon girls from a very young age, before they have had chance to first become individuals – it is no wonder that the novel is taught on school syllabuses to this day.